A couple of weeks ago I ventured up to Imperial College in London to attend some recording sessions for brain signals in preparation of #TeamImperial competing in the 2016 “Cyber Olympics”. More info here: https://www.imperial.ac.uk/engineering/news-and-events/cybathlon/

This session was prepared for by wearing a cap and having a large number of electrodes attached to it, Pablo and Cedric had to make sure each of the electrodes had a good connection with the skin (measuring the impedance) by painstakingly injecting and distributing conductive gel between the electrodes and my head. This took some patience on all our parts but was well worth it in the end.

The aim of the session was to identify signals that could be differentiated reliably from one another, we tested various “imageries” which basically translates as “imagining something” for example clenching a fist to see which ones could result in a reliably and repeatedly detectable signal. We proceeded to identify combinations of signals that could be identified independently from one another.

The results were interesting, illustrating how signals relating to different parts of the body emanate from different parts of the brain and those closer to the surface were easier to detect. I also learned how my neurology has changed since my accident resulting in some “de-nervation” and reduced signal clarity when trying to communicate with my lower legs for example.

Anyway a thoroughly interesting and impressive demonstration of the technical expertise and level of research going on at Imperial.

Many thanks to Pablo, Cedric and the rest of Team Imperial (pictures below with me making faces for dramatic effect) 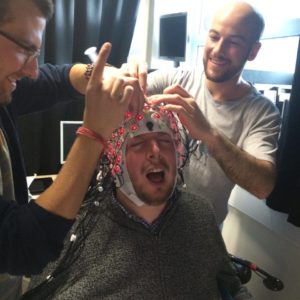 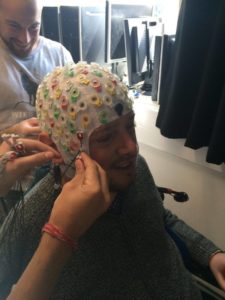 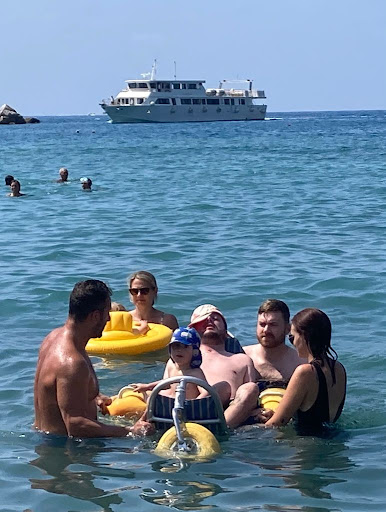 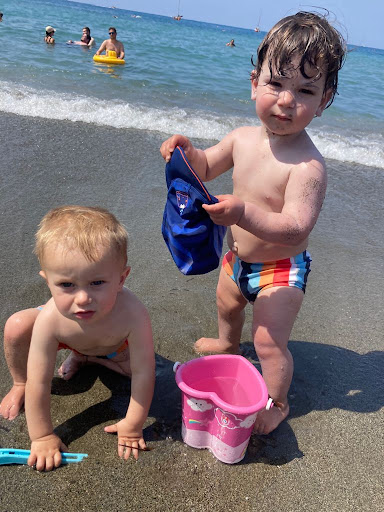 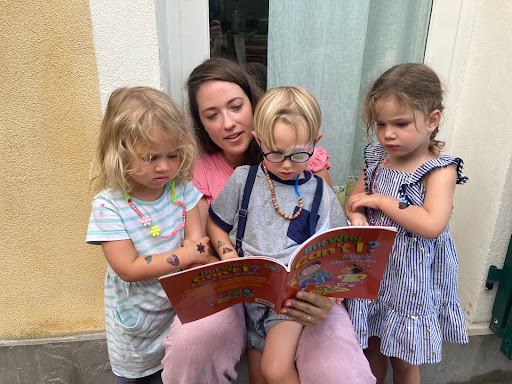 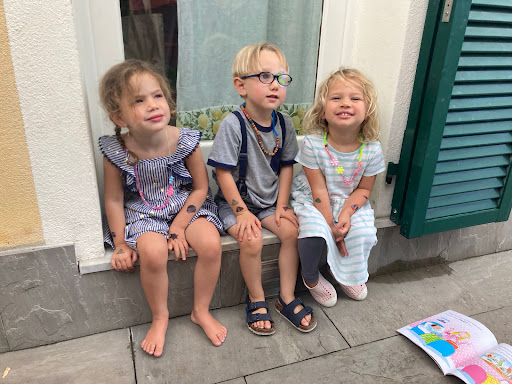