It is starting to feel like home, although until I move into the extension it’s not really my own space. It is difficult at times learning to live with lots of carers etc and having to be very decisive and firm. It is much more flexible and feels more real than life in hospital but alongside that comes the removal of the comfort bubble associated with being institutionalised.

It’s great to watch the extension taking shape and making sure that all the decisions we can have a part in making are made to our taste.

Am looking forward to my grandad coming back next week, I hope he doesn’t mind all the carers being around a lot of the time as this will be a big change for him as well.

I have been listening to a great band called “passengers”recently.

Ellen is going to start painting some of the extension soon and has had a couple of job offers already since graduating with a 2:1 (1% off a first) in set design from the Royal Welsh College of music and drama in Cardiff.Â  Very talented young woman.

I’m spending a lot of time thinking and making decisions about the new extension, so many things to consider. Also trying to get the necessary equipment and funding and working with all the care agencies and the primary care trust to make sure everything goes well with regard to care.

Meeting next week with my prospective manager, haven’t really had time to focus on much with relation to this, I’m hoping he will give me a few pointers that I can work on.

It seems like there are so many things to do and improve all the time, with regard to everything including wheelchairs, carers, computers, automating tasks, becoming more independent in various ways, keeping lungs clear, keeping limbs stretched, keeping brain stretched, keeping in contact with people, facebook (yes it needs its own category), e-mails, creating a decent network at home, extension decisions, transferring techniques, trying to drink enough (3 L a day is recommended if prone to bladder infections), remembering to wear splints, trying to get my standing frame, trying to get a cough assist machine, training new carers to do things the way I would like them done, learning from new carers as to how they do things. There seems like a never-ending list and I had to get other people to do most of it which seems so unfair.

There we go, my rant is over.

The extension is going very well, structurally it is complete, just waiting for floor to properly dry out then we get the vinyl, carpet and tiling on and then start furnishing it. The ceiling track hoist should go on mid-September. The patio outside is completed and is looking pristine. We have just chosen kitchen floor, worktop and unit colour schemes as well as the bathroom tile design.

Settling in to the limes

after getting back from Switzerland I spent a week in hospital readying myself for discharge, saying good bye, meeting and training carers, clarify medication, arranging checkups and finalising equipment.Â  I then left hospital last Friday with my new live-in carer Lubos, who is great fun and learns very quickly.Â  Unfortunately he is going on holiday towards the end of August for a few weeks and it is not certain as to whether he will continue working with me afterwards.Â  Since Friday I have been getting used to carers from Charterville care agency who provide care for two hours in the morning, three hours in the afternoon (to relieve the live-in carer) and an hour in the evening.Â  This alongside the constant presence of a live-in carer is an interesting adjustment to make for Ellen and I while transitioning to life together in our new home.Â  We have been deciding on colour schemes, flooring, kitchen, bathroom and bedroom layouts for the extension which is a pleasant experience for us as a young couple.Â  I suppose it is not common nowadays for a young twentysomething couple to be choosing furnishings for their own new house, I’m extremely thankful to my mum, dad and everyone else who contributed to this new lodging and the Pavilion.Â  I’m so lucky to have a comfortable space in which to continue my life, a luxury not everyone in a similar situation to me has.

I am also indebted to all the hospital staff (physiotherapists, occupational therapists, my consultant and surgeon- Dr Graham and Dr Jamous, all the doctors and nurses and HCA’s, domestic staff and housekeepers, ventilator technician Jeff) who worked very hard to get me discharged on time and helped me recover from the operation to remove the metal work which was causing the ongoing infection, all the carers-Suzi and Lubos-the live-in carers who have made this transition possible and worked far beyond their required capacity to help me out, my mum and Ellen who have been there for me unquestionably whenever I needed them and supported me in every possible way.Â  I would like to give special thanks to the nurses and HCA’s of St Davids and St Andrews, there are too many really special people who have helped me from these wards to mention, thank you from the bottom of my heart. 2

I’m back from holiday, eight days staying at a hotel on Lake Geneva, getting up late, relaxing and eating at the Ernst’s residence In Nyon overlooking the lake and then spending the evening and night at paleo Festival.

Ellen and Suzi took it in turns to drive from Stoke Mandeville Hospital on Monday the 21st July leaving at around 1:30 p.m. taking the ferry from Dover to Calais at around 6 p.m. arriving in France at around 9 p.m. local time, then drove throughout the night to arrive at the hotel near Nyon at around 8 a.m. local time.Â  Total journey time around 17 1/2 hours.Â  We drove through France (chalons, troyez, Dijon, Geneva) and South around the Jura up to Geneva and then north to Nyon.

We slept most of the day and then ventured out to the Festival in the evening to catch some of “the hives” set, Ben Harper and Cali.Â  We drove to the Festival in the adapted Chrysler grand Voyager from the ground level room in the hotel, straight to the disabled entrance of the Festival which leads onto the concrete path which navigates the majority of the festival grounds.Â  I met the head doctor of the Festival, a guy called Pete Widmer, and his wife Louise, at the infirmary.Â  This was very reassuring as they seemed very competent and understanding of everyone’s needs.Â  There were specific disabled viewing platforms available for the main stages as this offered some great vantage points.Â  We ventured across the bumpy terrain to visit more remote areas of the Festival including the Brazilian stage and food stalls, which was sometimes sore on my neck and was sometimes difficult for the person pushing the wheelchair.Â  It was certainly worth it to see some of the more spectacular areas of the Festival.

During the rest of the Festival we typically got up late and went to hang out at Tom Ernst’s house on Lake Geneva, Alison Ben Nikki and Fiona were all extremely generous with hospitality enabling us to relax in and outside of the house.Â  We ate and drank well and enjoyed watching the rabbits and turtle playing in the garden.

On the other days of the Festival we enjoy listening to bands such as manu chau, massive attack, rem, Patrick Watson, mika, Justice, Vanessa Paradis, zebramix, open season, Pete and the Pirates etc….

I was disappointed that I couldn’t get to see more bands but obviously with the physical limitations in place the Festival was a resounding success.Â  Something which was thought of as impossible only a few weeks beforehand.Â  It was great to see some headliners who put on a great show, most noticeable performer was mika with the best music being performed by manu chau, massive attack and rem.

As a team I think we worked really well with Suzi Ives and Tendai Banda looking after me, getting me dressed, showered and up into my chair, sorting out transport and general problem-solving.Â  Ellen could therefore relax and enjoy holiday as could I.Â  The hotel was amazing, offering a perfect level of discretion and privacy while providing diligent service.

I am in debt to Tom and my dad for arranging it all and it would not have been possible without Tom’s dedication and hard work.Â  I rely on other people almost entirely and therefore I would like to thank everyone who helped me have a really good holiday against all odds.

I started to eat properly and feel better a few days into the holiday after giving my neck a chance to acclimatise to eating solid food and adjust to the temperature.Â  There was one interesting moment, when during firework display my wheelchair was tilted back with the legs fully extended, and the control panel managed to lock itself.Â  That evening I had to be wheeled around with my legs extended and fully tilted back until we managed to change to the manual leg rests.Â  It took a call to the wheelchair service the next morning to figure out that magnets can lock the control system and the magnetic fasteners on Ellen’s back did exactly that the night before at the Festival.Â  This was easily fixed.

On most of the days we met up with friends from Switzerland to eat and drink and catch up, it was great to see a lot of familiar faces who I haven’t seen in a long time.

We met the creator of paleo called Daniel Rossellat, who was a very interesting character and has been organising paleo for the last 35 years.Â  This was a great pleasure and honour.Â

The trip home was easier because we were more confident with the route this time therefore we got home in less time. It was a huge effort on both of the girls driving, and I’m extremely grateful.2 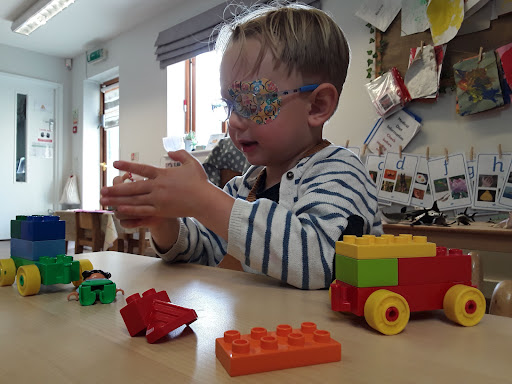 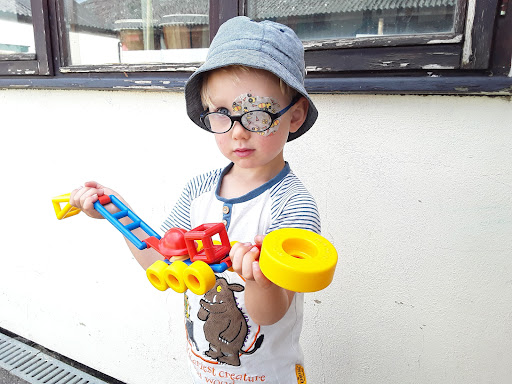 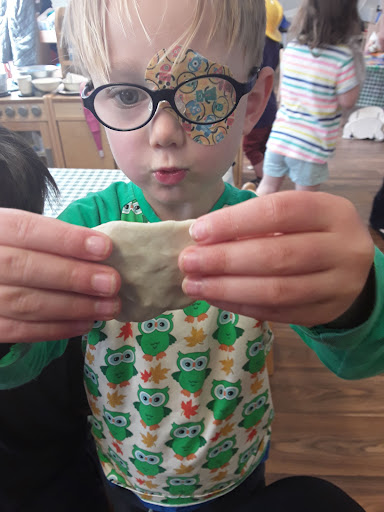 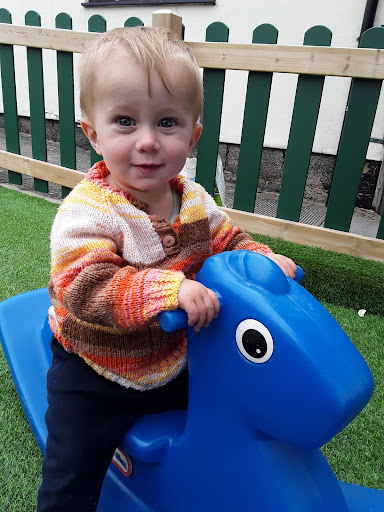